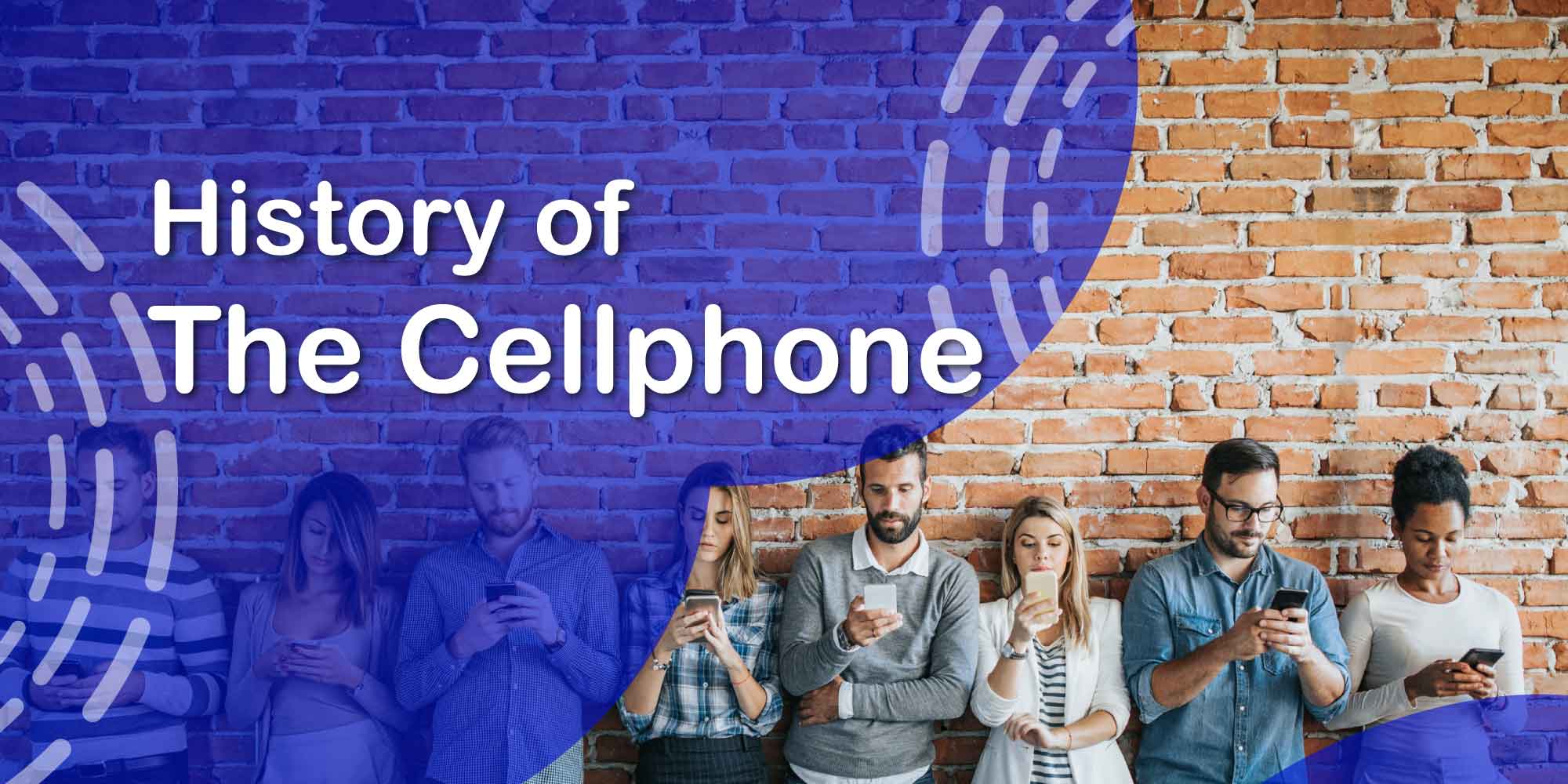 Hello, and welcome to another “History of” post! Today, we’re diving into that thing we all know (and just in time for another iPhone model release), love, and use daily: the cellphone! There’s a ton of exciting reading in this post, so get comfy, grab something to sip on, and let’s get rolling!

Believe it or not, the first cellphone patent was filed in 1917 by a Finnish inventor named Eric Tigerstedt. He envisioned something closer to what we knew as a Razr back in the 90s, but his invention never happened. Instead, his idea was used to better radio communications between ships and trains.

Now, Motorola (remember the Razr?) was the first company to jump the gun for portable phones in 1973, but their model weighed a whopping 4.4 pounds. Portable phones before 1983 were limited to installation in vehicles, and Motorola’s early DynaTAC model (the first handheld used in 73) wasn’t available commercially until 84, and it debuted under another name.

We can now dive into generations of these devices because once 3G rolled onto the scene, everything started being referred to in this way. Things moved super fast after 84, and when you stop to think about how far we’ve come in just under 40 years, it really starts to blow your mind. Anyway, let’s get into how and when.

The Americas launched their first widely-available analog system, called the Advanced Mobile Phone System (AMPS), on 13 October 1983. Israel didn’t launch until 1986, and Australia not until 1987. This brought about the launch of the DynaTAC 8000X on March 6, 1983. They had thousands of orders despite consumers having to wait a long while to receive a device. This system was super buggy and rife with vulnerabilities.

In 1984, Nokia joined the party with the Mobira Talkman. It had a longer battery life than the DynaTAC 8000X, but it was still very heavy.

This era brought about two competing in the global market: the U.S. developed CDMA standard and the European developed GSM standard (because of course the U.S. had to be different). These two systems used digital instead of analog transmission, and also fast, out-of-band, phone-to-network signaling. Mobile phone usage exploded, and this brought about the thing we know and love called prepaid mobile phones.

In 1993, we got the first smartphone! IBM Simon had a mobile phone, pager, fax machine, and PDA all rolled into one which included the following: a calendar, an address book, a clock, a calculator, a notepad, email, and a touchscreen with a QWERTY keyboard. This bad boy had a stylus used to tap the screen and had predictive text. It was also the first phone to introduce apps. If you added a memory card, you could install several different applications.

Phones also got lighter. Rather than lugging around over four pounds of phone, devices dwindled to a nominal 3.5–7.1 ounces. In other words, we started figuring out how to stuff more into smaller spaces.

In 95, Motorola launched the StarTAC.

2G brought about SMS, and it became widely available in the late 1990s, making it popular with the kids but growing to include adults a while later. After all, they used to cost $0.10 per message, and adults tend to be a bit more frugal than teens. Along with SMS, we also got the ability to access media content.

Japan launched the first full internet service on a mobile phone in 1999.

We can sum this generation up by calling it the data demand generation. Everyone wanted more data and more ways to access things online. Along with the need for more data, we needed phones to properly display and use that data.

2004 was the year the Motorola Razr launched, and it was, by far, the most popular phone for a number of years. It had a gorgeous color display and was thin, light, and easy to stuff in a pocket.

Just three years later, in 2007, we got the first iPhone, and mobile technology was changed forever. At that time, it was limited to the AT&T network, and it was only due to the growth and availability of the 3G network that it was even possible.

As an aside, it was also in the 2000s that we got the first dongles with the ability to access the mobile web—just to put that out there (and maybe to type the word because… LOL).

Because of devices similar to the iPhone that launched later, we overwhelmed the 3G network and had to beef it up. We had to do away with circuit switching and go to IP only.

5G is fast, and at the rate consumers are using data, that thing that blew up in the 2000s, something had to be done to keep up.

As you can see, even though we started using cellphones widely in the 80s, once we got the iPhone in 2007, we’ve come a long way in a short time. We have the technology now to move forward faster, so it only stands to reason that phones will keep improving and the way we interact with the world of data will continue to change.

We hope you enjoyed this article! If you’re interested in more, and our take on things like the Metaverse, stick around and check out some of our other blog posts. Thanks for reading, and we’ll see ya next time!

History of: The World Wide Web 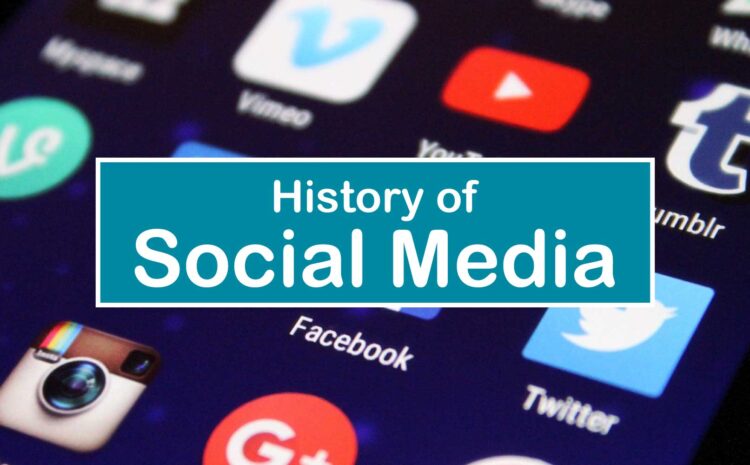 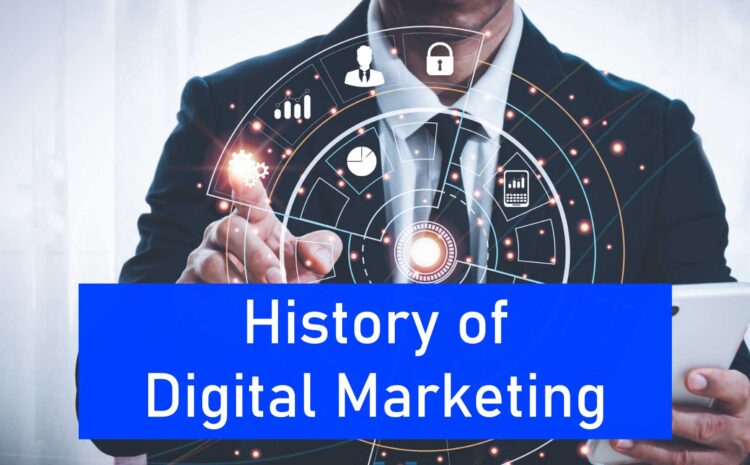